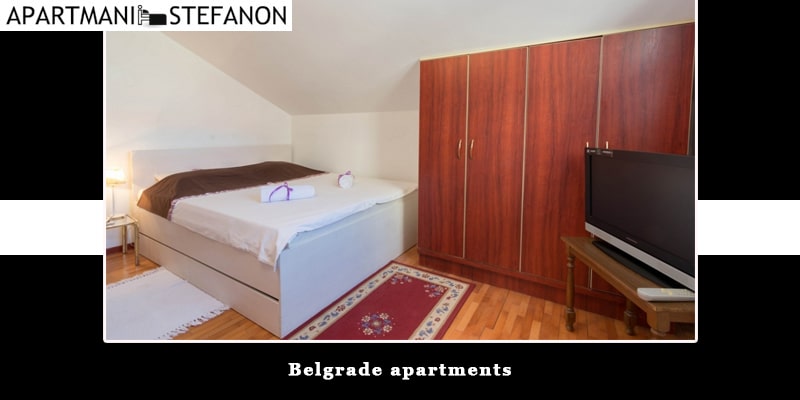 Considered as one of the ancient towns of the European, Belgrade lies between the Sava and Danube Rivers. Also, it’s titled as the largest town of Serbia. Enriched with an amazing history, this city proves to be a major tourist attraction in Europe. If history fascinates you, then this is the ideal destination for your next trip. And while you are here, be rest assured about your stay. Belgrade apartments for rent during your vacation will make you feel like home.

Apart from admiring the rich history, there’s so much more to this city. From taking a boat and enjoying a drink to strolling down the banks, you can have so much fun. Whether you are a foodie, historical enthusiast, or simply a traveler, this city is not going to disappoint you. Mentioned below are some of the places you mustn’t miss at any cost.

Let’s begin with the rich history that this place holds. Nestled on a high ridge, the Belgrade Fortress is the most enticing place for history enthusiasts. In the past, this surrounded the whole city and used to prevent the entry of invaders such as Huns, Romans, and Celts.

The fortress had witnessed battles that resulted in bloodshed and the death of many people. Although, all you can see today is the beauty of the Fortress when you visit there. While you’re on your way from the Belgrade apartments to this Fortress, do not miss out on the Despot Stefan Lazarevic and the Roman well.

Read: 10 Things You Need to Look For While Renting an Apartment

Also known as the Bohemia Quarter of Belgrade, Skadarlija is popular for the cobblestone streets, Serbian musicians, writers, poets, revolutionaries, and historians. Skadarlija is more like a street than a town, which is flooded with bars, cafes, and restaurants. If you are a foodie, then Skadarlija would definitely be your favorite place.

If good food tickles your fancy, then you shouldn’t remain confined to the Belgrade apartments. You got to go out and explore the streets of Skadarlija. From wine shops & cafes to dessert parlors & breweries, you’d have an amazing time wandering through the street. While you delish on the street food, you can enjoy the local song by street artists. Over time, this small street has become successful in attracting visitors, which led to the development of the tourism sector of Belgrade.

No matter how modern people become, they do not seem to forget their culture and religion. As a sign of holding on to their faith, various churches are built across the city. One of them is the Church of Saint Sava, which is the most attractive one in Belgrade. Saint Sava was burnt at that spot in the year 1595 by Ottomans. However, the construction of a church over the site began in 1939 and was finally established in the year 1989. Though the construction process is not yet complete, the unfinished touch adds a layer of authenticity to the church. Every morning when you wake up at your Belgrade apartments, make sure to pay a visit here.

If you plan to visit Belgrade during summers, Ada Cinganlija is the perfect place that you should go for cooling yourself off. Now, who wouldn’t love to get the perfect summer tan, right? Though Belgrade apartments offer your comfort, spending time near the river island, Ada Ciganlija, is fun. Almost half of the city can be found here during the summers.

When the temperature hits 40 degrees C, this place becomes crowded with lots of people. You can enjoy drinks from the bars that surround the area, while you lounge by the river bank. Popularly known as Belgrade’s seaside, it proves to be a perfect place to freshen yourself up. Covered by Oak and Elm forests, the lake, Savskojezero lies on the South of Ada Ciganlija. Also, it offers numerous activities, such as kayaking, rowing, tennis, volleyball, and golf.

Built-in the year 1965, Avala Tower was destroyed by the forces of NATO through bombs in the year 1999. After the renovation, this tower came to be known as one of the highest telecommunication towers in Balkans. People take immense pride in this gigantic tower. However, it was public donations that made the rebuilding of this tower possible.

Located on the city outskirts, it’s established over the Avala Mountain. Being 675 ft. high, this tower is known as the 5 th tallest structure at Serbia. Also, they allow tourists to catch a glimpse by sitting at the observation deck. If you feel like exploring the outskirts, get out of the Belgrade apartments, and explore the nearby areas.

Josip Broz Tito, president of Yugoslavia, was a widely recognized and respected leader. He was also known as the founder of NAM. After his death in the year 1980, he, along with his wife, are buried in one place. The place is also referred to as Tito’s Museum or the House of Flowers.

For some time, his tomb was surrounded by flowers. Now you know why the place was named as such. However, at present, there are no flowers. The place is only covered with white rocks. Initially, it was a garden built for Tito in the year 1975. Later, he announced that he wanted the garden to be his grave. So, if you happen to be in the city, ask the Belgrade apartments services to help you get a cab or taxi so that you can witness the legend’s grave.

Read: Top 7 reasons to opt for an apartment for rent in Belgrade over a hotel

If you are ever planning to visit this place, make sure you confirm your booking by calling Belgrade apartments services. Also, the locals are very welcoming and will never make you feel like an outsider. Whether it’s food, culture, history, or scenic beauty, you will get it all. With several destinations to visit, you are not going to get bored. Be it a family vacation or a trip with friends; this city will make sure you have a good time.

Have you planned a quick vacation? Not sure whether you’ll get a place to stay or not? Well, this isn’t going to be a problem if you’ve hired the services of Stefanon Apartments. Considering your needs, we will provide you with nothing less than the best Belgrade apartments for rent during a holiday. Our rooms are the best combination of luxury and comfort. To help tourists get easy access to public transport, taxi services, subway, and more, we bring you a selection of some amazing apartments that are established in the best locations. Available at reasonable prices, our rooms come will a lot of features such as TV, furniture, bed, Wi-FI, equipped kitchen, and more. So, the next time you plan a trip to Belgrade, ensure earlier bookings with us to avoid last-minute availability issues. You can contact us via mail at [email protected] or give a call at 381644299944.